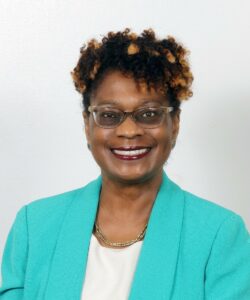 Marion Bethel is an attorney, poet, essayist, filmmaker, human and gender rights activist, and writer. She is best known for her anthologies of poems, Guanahani, My Love and Bougainvillea Ringplay and her documentary on the women’s suffrage movement in The Bahamas called Womanish Ways: Freedom, Human Rights & Democracy 1934 to 1962, which received the 2012 Award in Documentary at the Urban Suburban International Film Festival. Ms. Bethel’s works have been featured in various publications covering women from the African diaspora, most recently Daughters of Africa (2019). For her involvement in gender justice and culture, and the socio-economic development of the Caribbean she received the CARICOM Triennial Award in 2014. Bethel is one of the few Caribbean writers to have received the Casa de Las Americas Prize for poetry. She has been a guest speaker, poet and workshop presenter at several international events. She served on the Board of the Securities Commission of The Bahamas 2007-2012 and currently serves on the United Nations Committee on the Elimination of Discrimination Against Women (UN CEDAW) 2021 – 2024. 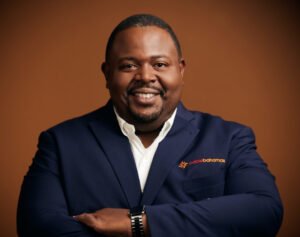 Franklyn Butler has established himself as a family business resource, strategic thinker and value added partner throughout the Bahamian capital markets. Upon completion of a BS in Accounting & Finance in 2003 – from the University of Warwick in Coventry, England – Franklyn joined his family’s business of Milo Butler Group where he served in several capacities. During his time with the company he focused on the growth and transformation of the business from G2(siblings) to G3(cousins). His success is led to him being considered one of the region’s leading experts in corporate governance and succession planning in family businesses. In 2017 Franklyn was appointed Executive Vice Chairman of Cable Bahamas Group, and President & CEO in 2018. In addition to this role Franklyn is no stranger to the Bahamian capital markets as he serves as Chairman and Director of AML Foods Limited – the leading supermarket chain in The Bahamas, Chairman and Director of Be ALIV Limited – the country’s second mobile operator where he was involved in negotiating the mobile license, architecting the brand ALIV and leading management through the startup and launch of the business. He is also a director of Arawak Port Development Company and Bahamas Property Fund. 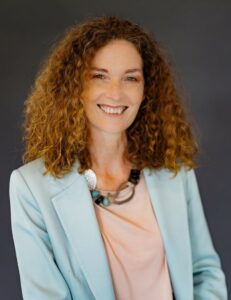 Amanda Coulson has worked for three decades as a scholar, critic, curator and cultural producer on both sides of the Atlantic, having collaborated with artists and institutions, private and corporate colleagues, in the US, Europe and the Caribbean. As an art critic and curator, she noted a lack of platforms for galleries representing emerging art and, in 2005, co-founded the VOLTA art fairs held annually in New York and Basel. In 2011, she returned to her home in The Bahamas to take up the position of Executive Director at the National Art Gallery of The Bahamas (NAGB), where she served for a decade. As director, she focused on increasing international awareness of the contemporary Caribbean art scene and on expanding the capacity and reach of the NAGB through capital works, collaborative projects, and the building of strong inter-island and international networks. She served on the Davidoff Art Initiative (now the Caribbean Art Initiative) Board from 2012-2018, and served on the Board of the Museums Association of the Caribbean (MAC) until she stepped down from the helm of NAGB. She is the founding partner at TERN, a Nassau-based gallery operated by three Caribbean women whose aim is to support Bahamian and Caribbean artists in telling their own stories on the global stage.

This search feature is currently under development. Please click the link below for lists of the Securities Commission of The Bahamas’ licensees and registrants.